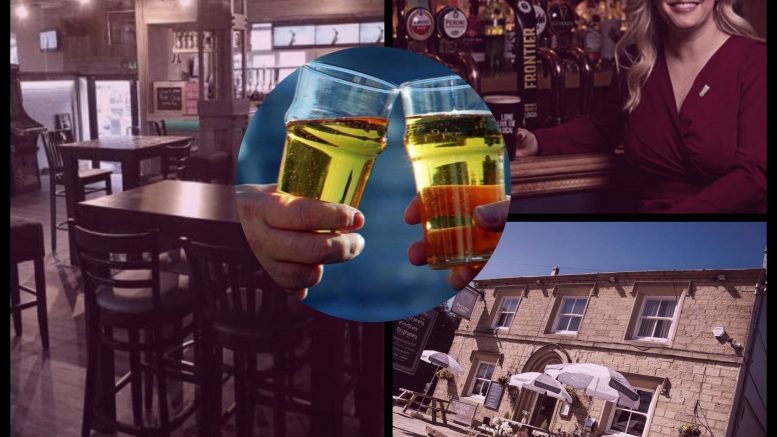 PUBS and bars in East Lancashire are braced for challenging times ahead as the government’s 10pm coronavirus curfew takes effect.

The new rule ­— to try and mitigate the spread of Covid-19 — was brought in on Tuesday for Lancashire, excluding Blackpool, and comes into force for the rest of England today.

This comes after what has already been a difficult time for the hospitality industry.

Gary Perkins, owner of Darwen bars The Taps, The Spitfire Sports Bar, The Vault and The Bank, said: “It’ll make a massive difference but it’s a hard one to call because we don’t know if people will come out earlier at this stage or not.”

Mr Perkins revealed that Tuesday had been the worst day for takings at The Spitfire, on Borough Road, Darwen, since the end of lockdown, partly due to the restrictions and public uncertainty.

He added: “In some ways we’re glad that it’s a national curfew because otherwise we’d be in a really sticky situation if people were able to just travel to different city centres to make a night of it. The grants and bounce backs have been a godsend so it would be nice if there was some kind of support available because we don’t know what to expect at this stage.”

Other venues have also had to rethink the way they work with customers.

Matthew Heppleston, of Imagine Inns which runs the Butler’s Arms on Victoria Road in Blackburn, pointed out the unusual recent conditions have helped staff and managers prepare.

He said: “When we first re-opened back in July, we started off closing at 9 o’clock.

“We did that for the first few weeks just to gauge how people were behaving once they had a few drinks in them.

“What we found, because we are more of a destination pub, things stayed okay under that system so we extended back up until 10pm then 11pm on weekends. We have no problem with going back to 10pm as a curfew time and we had a discussion and we fully agree with it.”

However, the outlook is extremely concerning for the sector overall according to industry bodies.

“Removing a key trading hour on top of fragile consumer confidence and the reduced capacity pubs already face will put thousands more pubs and jobs at risk. During the current circumstances, every hour of trading is crucial to the survival of pubs – for many this curfew will render their businesses unviable.”

Meanwhile, grassroots organisation The Campaign for Pubs has sent a letter signed by over 200 publicans from around the country to the prime minister asking for more financial support.

Campaign chairman Paul Crossman said: “If the Government decides to take further such measures then additional financial support will be crucial to avoid a decimation of our treasured national pubs, and real hardship for those who have worked so hard to help them survive this crisis so far.”

A BURNLEY fish and chip shop has closed and is asking other non-essential businesses to consider doing the same. The Westmorland Gazette | North Lancs …