Seven men were arrested and drugs and cash seized during a morning of enforcement against an alleged County Lines drugs gang.

Warrants were executed at seven addresses across Derby on Monday March 15, with officers arresting six men.

And a 27-year-old man from Accrington was arrested on suspicion of conspiracy to supply class A controlled drugs after further warrants were executed at two addresses in Blackburn and Accrington.

At the properties in Derby, police found significant quantities of what they believed to be heroin and cocaine – along with substantial amounts of cash. 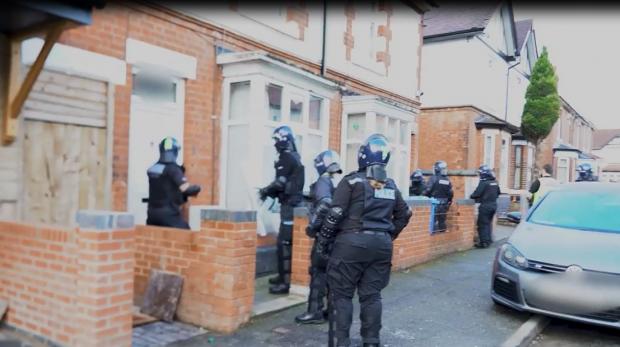 The warrants were completed by the newly expanded Operation Discidium team which detects and disrupts County Lines drug offending in Derbyshire.

Detective Inspector Matt Croome, said: “Today’s warrants have seen substantial quantities of drugs taken off the streets of our city as well as disrupting an alleged County Lines gang.

“Working with colleagues in Lancashire we have been able to co-ordinate a number of arrests linked to a group that is alleged to be having a significant impact on communities in Derby.

“The work is also the first operation undertaken by the new Operation Discidium team – which has been bolstered following the national uplift in policing.

“The increased number of officers allows the force to focus closely on County Lines drug gangs in Southern Derbyshire and target those groups that are causing huge harm to our communities.

“This is a great result for the team and a consequence of hard work, long hours and meticulous planning.

“The work the team have completed is a clear example of why they are required and shows the force’s commitment to fighting crime, proactively bringing offenders to justice and protecting the most vulnerable from harm.

“I also want to take this time to appeal to anyone who believes that drug dealing is taking place in their area.

“The team rely on information coming from our communities and I would ask anyone who believes that criminal gangs are operating in their area to contact us, in confidence, at any time.”

The following individuals were arrested at properties across Derby:

A POPULAR Kirkby Lonsdale restaurant will be closed for the day due to electrical issues. The Westmorland Gazette | North Lancs …