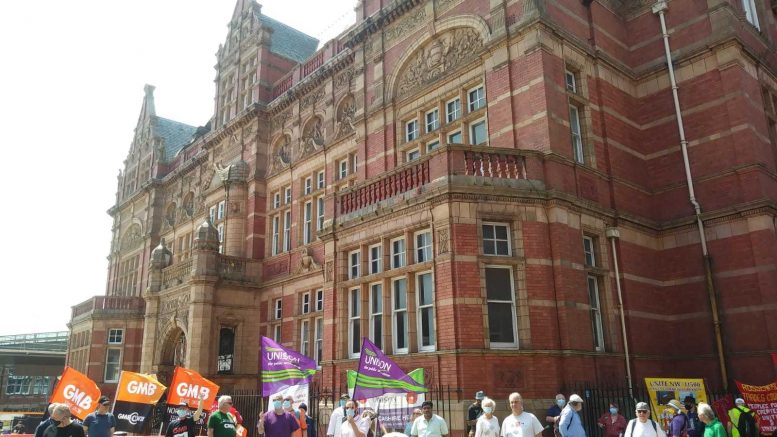 The move was first proposed by college management earlier in the year and has since provoked waves of protests.

However, the college informed the Trades Union Congress this month that its decision to shut the closure of the centre, which specialises in teaching health and safety skills, is final.

A Blackburn and District Trades Council spokesperson said: “The college board has let down the people of Blackburn, Darwen and the wider area and provided an example of how important public institutions have become divorced from local accountability and any semblance of democratic control.”

Trade unionists say that the coronavirus crisis has heightened the need for health and safety training and have cited evidence published by American academic journal Health Affairs showing that COVID-19 related deaths have been lower in unionised nursing homes.

They also say that the college had rejected plans proposed by the Unite, Unison and the PCS unions to expand the centre.

The spokesperson said: “In effect, the alternative proposals to closure were treated with disdain by the college, who were unable to rise to the challenge presented by these exciting prospects.

“The question must be asked, have the college’s plans always been about eradicating any form of campus-based trade union education?”

They added: “Without access to tutor delivered, class-based health and safety education in the East Lancashire area, employees and local populations will be at increased risk and the responsibility for this will lie squarely with the college and its principal.”

The closure was also decried by students.

Student Gareth Fryer said: “Having trained reps in the workplace actually benefits the employer in many ways but this would appear to be unrecognised by Blackburn College.

“It’s also clear breach of our collective responsibility to look after one another during this pandemic.”

The college meanwhile has said that students will not notice a change in the quality of services.