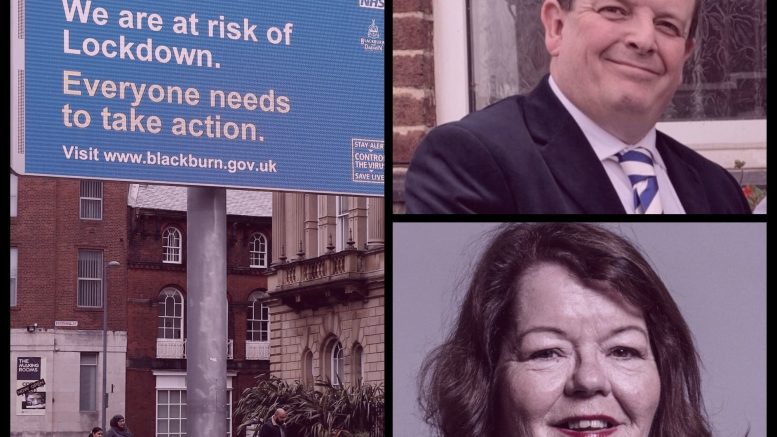 THE debate over extra funding for Blackburn in the wake of the ongoing coronavirus crisis has intensified.

This comes after Ms Hollern made public her request to the Prime Minister Boris Johnson for extra funding to help the town’s businesses cope with the extended lockdown situation due to a high local rate of infection.

However, Mr Arnold claims that this is not necessary, considering funds the government has already provided.

He said: “The council’s own reports show that the government has already provided nearly £80m in support to the council or businesses in Blackburn with Darwen.

Mr Arnold said he believes that Ms Hollern’s requests are an attempt to blame the government for what he believes are the local authority’s failings.

He said: “Kate Hollern is just trying to make excuses for the council’s finances when in reality the council has put itself in financial trouble through many years of mismanagement by Labour.

“The problem with Labour is that no amount of money is ever enough – like a greedy child they always want more, more, more.”

In response, Ms Hollern has reiterated her call for more support for local businesses.

She said: “It’s surprising that the chairman of the Blackburn Conservatives doesn’t agree that businesses in Blackburn need additional funding, given the local lockdown measures they continue to face. He should tell that to the businesses that have been abandoned by the government or the care homes that have been ignored.

“Blackburn with Darwen has done the best it can, having spent almost £10 million on personal protective equipment, supporting the most vulnerable, and coordinating emergency supplies such as food and medicine.”

Ms Hollern said she still believes the government needs to do more.

She said: “As Julian will know, the tranche of funding the government has provided to the council covers their costs, but it does not cover the loss of income the council has incurred.

“The loss of income is completely out of the council’s control, and Julian’s attempt to play political football with Covid is disappointing.

“If Julian wants to help the borough, he should take aim at his own party, which nationally has demonstrated a level of incompetence beyond belief.”

This comes as local firms, charities and councillors are attempting to organise a meeting with local government minister Simon Clarke MP to make their concerns about restrictions on trading and potential funding shortfalls known.

The meeting has yet to be confirmed.