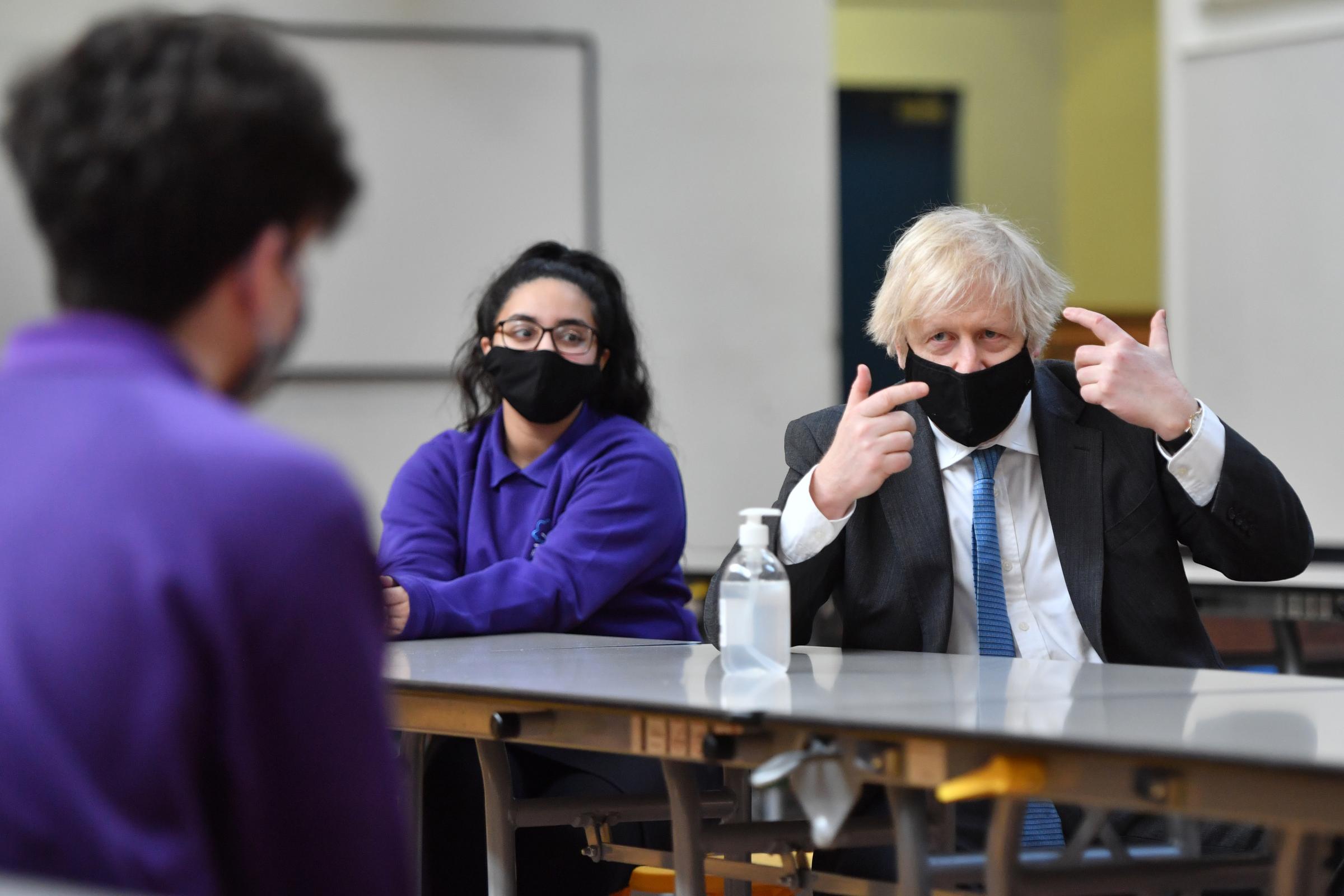 Boris Johnson has thanked the people of Lancashire for their ‘heroic’ sacrifices during his visit to Accrington.

The Prime Minister met with staff and students at Accrington Academy and was joined by Hyndburn MP Sara Britcliffe during the tour of the school. He elbow-bumped pupils and later posed for pictures outside the school. Mr Johnson was asked on the funding for schools as well as the decision to open up schools on March 8.

He praised the preparations being made at schools including the Accrington Academy with only ten days until they welcome back pupils.

With many parts of Lancashire being in the highest Covid restrictions of one form or another since the beginning of the pandemic Mr Johnson was asked what message he had for the people of the county.

Some areas in Lancashire have never been out of lockdown whilst others were briefly in Tier 3 before being forced to endure hasher restrictions than the rest of the country.

Mr Johnson said: “Mr first message to the people after this gruelling year is to thank you for the time you have spent in measures – of one kind and another in lockdown. “Putting up with the restrictions selflessly. Doing it heroically and bearing the burden of the rest of society. Not able to go about your normal lives. Doing it to protect older generations and the vulnerable.

“It is absolutely amazing what people have done and believe me those actions have saved many many thousands of lives. I am deeply deeply grateful.”

With some town centres and high street stores unlikely to open up again in April Mr Johnson was asked about support for these businesses.

He admitted that things may not be the same for some shops. He said: “There is already cash available to support town centres. Places like Accrington, places like Hyndburn and Haslingdon they are going to be ab le to bid in for those funds.

“It can make big material difference to the look and feel of a town centre.”

And added, “I am not going to pretend that every single high street shop is going to come back in its previous form. We all know the high street has been undergoing a massive evolution driven by the internet. But things will happen that will drive jobs improve quality of life.”

During a meeting with local reporters he was told he had spent £840m on the Eat Out to Help Out Scheme whilst only spending £700m on the Education Recovery Package.

Mr Johnson responded by saying: “Already we are investing £2 billion into school catch up on top of the record education funding this government had put in before the pandemic.”

And added, “The new package includes £700m for things like direct tutoring because I think because if you are asking a teacher like those at the Accrington Academy – however you do it by investing in that one—on-one learning can be absolutely transformational for pupils falling behind or for pupils that have some potential that needs to be brought out.”