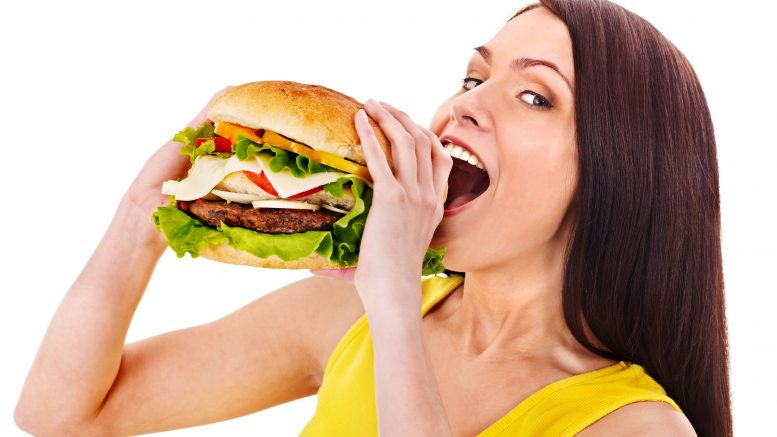 Burgers are what most Brits would choose if they had to pick their final meal on Earth.

A whopping 85% said that the fast food favourite would go down a treat for their last supper.

But the big question is…how do you like to eat your burger?

The nation is divided over whether the humble gherkin makes a good addition to a burger, with 68 per cent of the population saying they would swerve the green pickle.

When it comes to the bun of choice, just 23 per cent prefer a trendy brioche roll, with a resounding 40 per cent favouring an “old school” white seeded bun.

According to the findings, Brits eat an average of one burger a week and for more than half, it has to be a classic beef burger.

A classic British Cheddar is the perfect cheese topping, say 41 per cent of the 2,000 people surveyed.

When it comes to onions, the majority (26 per cent) claim the silky charms of a fried white onion beats the harsher raw onion (14 per cent) hands down.

The top burger condiment is ketchup (28 per cent), with 16 per cent preferring mayo and 12 per cent insisting on slathering their burger with barbecue sauce.

Anne-Marie Gayer, senior brand manager at Birds Eye, which released the results of the study,  said “We’re clearly a nation of burger connoisseurs, so it’s no surprise that we’re picky about what goes in (and what stays out) of our perfect beef burger.“

More than half (53 per cent) of those surveyed are adamant the perfect burger should be grilled, while 24 per cent say nothing beats the chargrilled lick of flame from a barbecue.

Here’s when eyebrow threading, lash extensions and other facial treatments could resume

Holiday havens where four-legged friends are most welcome