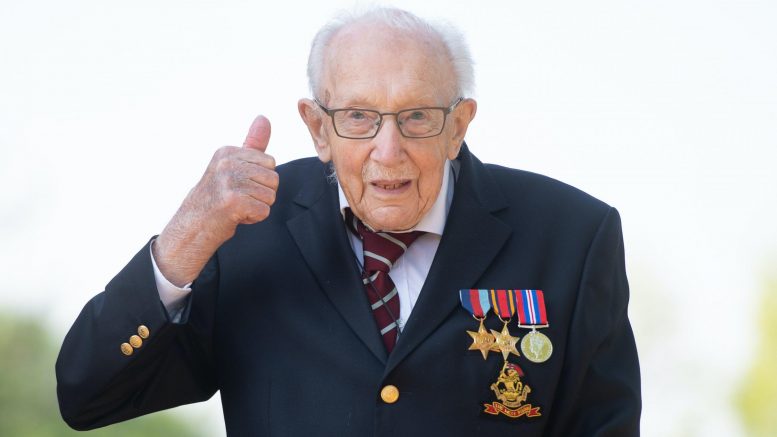 Captain Sir Tom Moore has said things “will get better” as many people face a very different Christmas to usual due to the coronavirus crisis.

The Second World War veteran recognised that the festive period can be a lonely time for some as he reflected on a remarkable year which saw him win the nation’s hearts.

His fundraising efforts raised more than £32 million for the NHS, walking 100 laps of his garden before his 100th birthday during the first national lockdown in April.

Sir Tom, who was knighted by the Queen during a unique open-air ceremony at Windsor Castle this year, acknowledged that Christmas “can’t be quite the same” due to coronavirus restrictions.

“We have always had all of the family around us and we’ve all had a lovely Christmas lunch, with turkey and all the little bits that go with it. And that’s always been a joy,” he told BBC Breakfast.

“And for the children this year, of course, with things as they are, it can’t be quite the same for everyone.

“But things will get better and next year we’ll be all right.”

The veteran set out to raise £1,000 from his lockdown charity challenge but his efforts struck a chord with the nation, and praise and donations flooded in.

Carrying on his journey of inspiring the nation, Sir Tom and his family have launched the Captain Tom Foundation, which aims to tackle loneliness, support hospices and help those facing bereavement.

On those being alone over Christmas, Sir Tom said: “For people who don’t have a family who can come and knock on the door, it must be a very lonely time.

“And of course, how are they going to have a Christmas lunch if there’s only one of you?

“So I do hope that everyone will have more than one person to have the Christmas lunch.”

The 100-year-old veteran, from Bedfordshire, has spent the festive period in Barbados with his family, fulfilling a wish on his bucket list.

Sir Tom told BBC Breakfast that the next experience on his list is “Route 66 across America with a Bentley”.