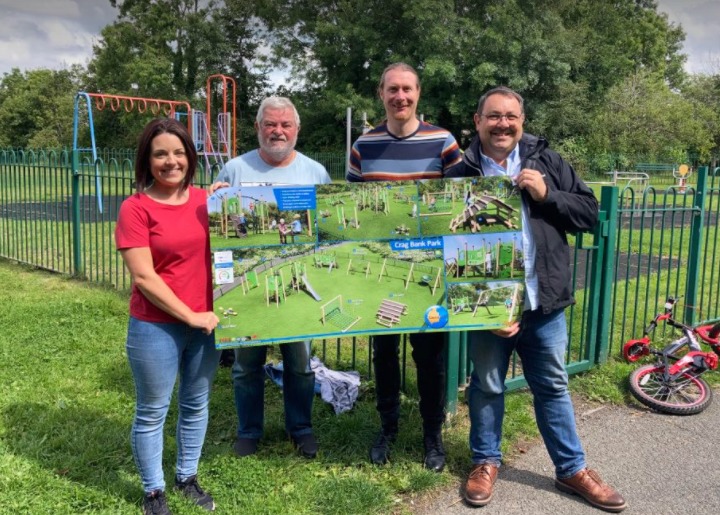 CARNFORTH will soon see one of the biggest investment development plans in its history take place at Crag Bank Park.

The council has acquired grants of support from Lancaster City Council, local fundraising, and various sponsors.

A large part of fundraising was organised by Gemma Wilson.

Working closely with Playdale Playgrounds, the Council have organised over the last 18 months to have the park redeveloped with a new play area, community orchard and wood trial.

Councillor Steve Watson said: “I’ve led the group working on this project in the park for about 18 months now.

“We’ve got a lot going on here. We have an old playpark we’ve wanted to replace and we’ve been raising funds over the last 18 months to replace that.

“Together we’ve raised £62,000 and put in an order with Playdale to put a brand-new play area in place.

“This is one of the biggest projects this council has done.

“We’ll have some wood lane trials put into the woods, we’ve got some football goals planned for the field, and in the far corner we’ll be installing a community orchard in November. 14 fruit trees and wild flowers will be planted there as well.”

Paul Battye of Playdale Playgrounds Ltd said: “We’ve been working with Steve for about five months for the designs of the play area.

“Initially we were contacted to give advice and there is already some existing equipment from us in the park at the moment.

“We’re very pleased to be working on this with Steve and the council. We’ve had a good consultation with the residents, and some of the kids who will be using the climbing frames.

“Good place to train our future Olympic champs. It’s all about ensuring that the community gets what they want out of this project.”

Steve added: “I’d like to say a big thank you to the people who have helped us at Lancaster City Council, local residents Gemma Wilson and Andrew Kitchen who has done so much for the fundraising and Terry Allum our outdoor maintenance officer.”