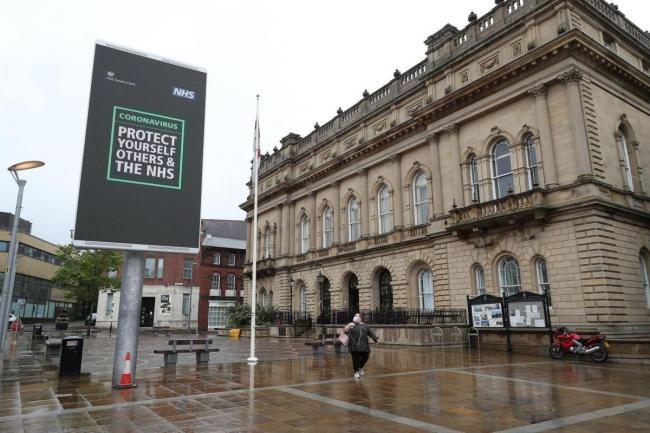 BLACKBURN with Darwen, Pendle and several others of the worst-affected communities in England have seen coronavirus infection rates soar, despite increased lockdown measures designed to slow the virus’ spread, according to Public Health England.

This comes as The Times claims that an emergency plan to introduce a total social lockdown across large parts of the north of England and London could be put into place at any time.

The national outlet claims that this plan has been presented to recent Downing Street strategy meetings but was rejected by the prime minister, however health minister Helen Whately has not ruled out the introduction of a total social lockdown.

Speaking to BBC Breakfast earlier today she said: “This is the moment in time we have an opportunity, we have a choice as a country to get this back down under control.

“We have to break these chains of transmission.

“That’s the way we get the rates back down again. We have seen them going up again in the last two weeks.”

Areas in the north west are among those to see several-fold increases in their seven-day rate of new Covid-19 cases, even where people have been ordered to limit the number of people they socialise with.

Tailored restrictions were introduced across several communities in the north of England on July 30, yet the data suggests infections continue to rise.

Blackburn with Darwen, Rochdale and Pendle all continue to have infection rates well in excess of the national average, several weeks after tailored restrictions were introduced.

In Blackburn with Darwen, the rate of 81.5 when specific restrictions were imposed has risen as high as 211.1 in the last week.

Similarly, in Pendle, the rolling rate of infection is now at 218.2 cases, roughly six and a half times the figure of 33.7 when restrictions were introduced on July 17.

Meanwhile, curbs on socialising and the hospitality industry came into force in Bolton on September 8 when the rolling rate was at 198.6 new cases per day.

Yet the rate has been higher every day since, except for two days, and currently stands at 238.9.

The social lockdown plan would involve an instant shut down of the hospitality sector, with all pubs, restaurants and bars required to close for at least two weeks, potentially longer.

Schools, factories and shops would stay open, as would workplaces employing people who cannot carry out their duties from home.

The plan could also include an indefinite ban on meeting up with members of other households anywhere indoors, though there are many areas in the north of England where this rule is already in effect due to local restrictions.

However, it is not clear if such plans could be passed by the House of Commons with many Conservative MPs reportedly planning to vote against their own government.

HALLOWEEN will look a little different this year, with trick-or-treating banned, people are thinking of different ways to celebrate the spooky season. The Westmorland Gazette | North Lancs …

A MOTORCYCLIST suffered serious head injuries after coming off his bike when he crashed into a kerb and collided into the back of a flatbed truck yesterday afternoon, Friday. The Westmorland Gazette | North Lancs …

The number of people who have tested positive for Covid-19 in Lancashire is now 35,007 Lancaster Guardian…

As Halloween approaches we’ve been through the archives to dig up stories from the Red Rose County’s spooky history. Lancaster Guardian…