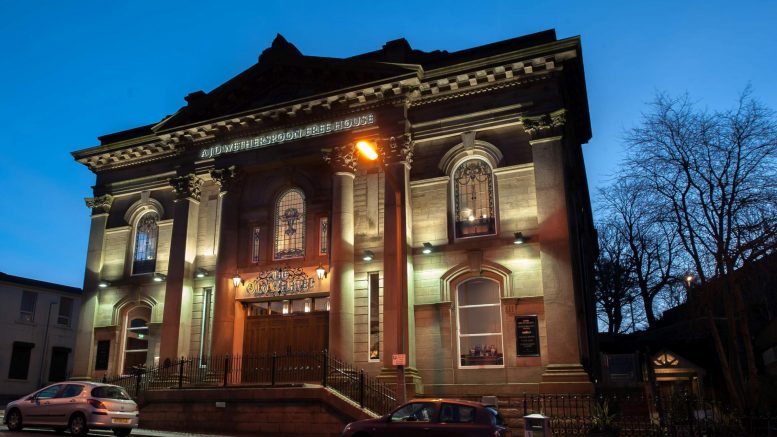 THE JD WETHERSPOON pub in Darwen has said it will remain open despite two members of staff testing positive for coronavirus, with six other staff now required to self-isolate for 14 days.

The first member of staff at The Old Chapel, on Railway Road, Darwen, tested positive for the virus on Tuesday with the second following suit today.

They will now be self-isolating for the requisite ten days with the six other staff members who may have come into close contact with them doing so for 14 days.

“Any further action shall be taken in consultation with the relevant authorities and the company shall cooperate fully with their enquiries.

“In these circumstances, it has not been the advice of the health authorities to close the premises.”

They added: “While it is not possible to create an entirely risk-free environment, adherence to social distancing guidelines and rigorous implementation of hygiene standards minimises the risk.”

As in all such public places, The Old Chapel will have been recording visitors’ contact details as part of the NHS Test and Trace initiative, however the company has not confirmed if any customers have yet been contacted.

Since reopening on July 4 the chain has introduced measures including reducing capacity levels in its outlets, the spacing out of tables, the installation of a number of floor screens between tables and the addition of till-surround screens to the bar.

Staff have also been required to conduct regular surface cleaning and numerous hand sanitisers have been installed in each pub.

However, the company attracted widespread condemnation earlier in the year when controversial owner Tim Martin appeared to reject the government’s advice to close pubs with the onset of the pandemic and, when closures were eventually enforced, from March 21 appeared to suggest that staff could work in supermarkets rather than be placed on furlough.

The company says they will continue to cooperate with public health officials.

ANAZ Indian Restaurant in Darwen has announced that it is now running home delivery services along with a 20% discount for collection. The Westmorland Gazette | North Lancs …