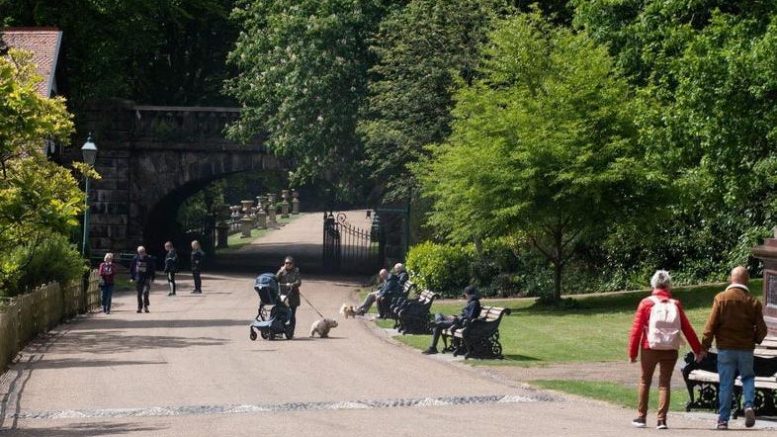 County-wide restrictions brought in last week outlawed mixing between households in private homes and gardens – a rule which has been in place in Preston and Pendle for nearly two months.

Additional guidance introduced across Lancashire last week – which Preston and Pendle had also been given several weeks earlier – recommended that households did not mix in indoor public settings such as pubs and restaurants.

However, that advice has now been significantly strengthened to incorporate all settings everywhere in the county, as it already did in some parts of Pendle.

The changes come against a backdrop of rising hospital admissions across Lancashire due to the virus, with the number of Covid inpatients having leapt from 10 a fortnight ago to 86. There have been eight Covid-related deaths in the county over the last week.

“Our strong advice in Lancashire to all our residents and businesses is that people should not socialise with anyone outside of their household either inside or outside,” Ms. Ridgwell said. She also warned people only to use public transport for “essential purposes”.

The county-wide Covid regime also incorporates all of the national rules – including the 10pm-5am closure period in the leisure and hospitality industry, table-only service in bars and restaurants and advice for people to work form home where they can.

Lancashire’s public health boss Dr. Sakthi Karunanithi said that it was important to try to win “the hearts and minds” of residents in an attempt to avert a full-on local lockdown of the type seen nationally at the start of the outbreak – something which he said the government could find easier to impose regionally than across the whole country once again.

“No public health practitioner would want such a draconian lockdown on the economy or people’s movements.

“We really want to act on the precise factors that are causing the virus to spread and not [take] a sledgehammer and still not crack a nut.

“Our intelligence suggests that the key behaviour that is driving this is people from different households mixing.

“When we say inter-household transmission, it’s not all [about] people going into each other’s houses and passing the virus on – it’s people from various households coming in close contact for a prolonged period of time, whether that is indoors or outdoors.

“My plea is let’s avoid a complete lockdown in Lancashire and let’s follow the rules – if you have symptoms, have tested positive or have been asked to stay at home by NHS Test and Trace, then please stay at home. We know a number [of people] are not doing that and it’s a key factor,” Dr. Karunanithi said.

Lancashire Police deputy chief constable Terry Woods thanked the majority of the public for doing their best, but warned that Lancashire was now back in the “emergency response” phase to Covid – and told those flouting the rules to change their behaviour.

“Anybody who is symptomatic must self-isolate – it’s not guidance, it’s [the law]. The consequence to the general public of you not [doing that] is really clear.

“The spread of the virus could end up in somebody’s death,” said DCC Woods, adding that the force had already issued £1,000 fines to people who had not complied with quarantine requirements. He said that the police were prioritising Covid-related activity, because they regard it as “a real threat to our community”.

Burnley now has the second-highest weekly Covid case rate in the country, with the figure having more than doubled in the week to 22nd September to stand at 233 per 100,000 people – 208 residents tested positive during that timeframe.

The rate in Pendle is also heading back in the wrong direction, more than doubling to 192.2 in the same period, up from from 91.2 the week before.

Preston’s weekly Covid case rate fell slightly for only the second time in three weeks in data released late on Thursday, but it was back to a new high yesterday – 184.4, with 264 cases uncovered in a week.

The only district which fell by the case rate measure in the latest data is Wyre, down to 50.0 from 55.3.

There are now 17,978 confirmed cases in Lancashire – here is the full breakdown of case numbers for every area in the county

There are now 23,527 confirmed cases in Lancashire – here is the full breakdown of case numbers for every area in the county

There are now 11,583 confirmed cases in Lancashire – here is the full breakdown of case numbers for every area in the county

HALLOWEEN will look a little different this year, with trick-or-treating banned, people are thinking of different ways to celebrate the spooky season. The Westmorland Gazette | North Lancs …

A MOTORCYCLIST suffered serious head injuries after coming off his bike when he crashed into a kerb and collided into the back of a flatbed truck yesterday afternoon, Friday. The Westmorland Gazette | North Lancs …

The number of people who have tested positive for Covid-19 in Lancashire is now 35,007 Lancaster Guardian…

As Halloween approaches we’ve been through the archives to dig up stories from the Red Rose County’s spooky history. Lancaster Guardian…