Looking for something to do in Lancaster? Whether you're a local, new in town or just cruising through we've got loads of great tips and events to offer. Find out what’s on in Lancaster with our regularly updated events calendar featuring the best upcoming events in Lancaster and the area.

This guide lists events at a glance, showing what’s on each month. See the highlights of What’s On for Lancaster, featuring the best of things to do in Lancaster – Live Music and Gigs, Family Events, Art & Culture, Food & Drink and much more. Lancaster fundraisers and charity events.

Important This Event Calendar is not maintained on a daily basis and some events may have changed dates or are no longer happening. Please double-check the event websites for the most up-to-date information. 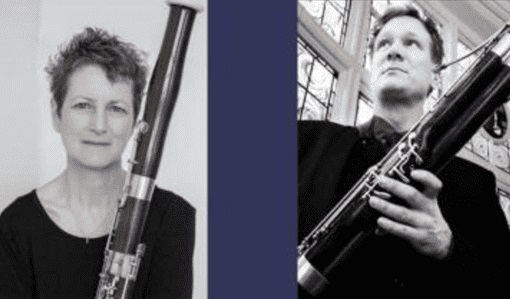 Ursula Leveaux & Frederik Holm, will bring us a delightful programme demonstrating the varied tones of the bassoon.

A former student at Chetham’s school , Ursula Leveaux went on to study in London, Amsterdam and the Hague.

Ursula was the principal bassoon of the Scottish Chamber orchestra for many years but nowadays is more likely to be heard in London as a member of the Nash Ensemble and the Principal Bassoon of the Academy of Ancient Music and the City of London Sinfonia.

Nevertheless, she lives in the Lake District with her Husband and Daughter.

Fredrik Holm studied bassoon at Malmö University and later worked as a co-principal bassoonist at Malmö Opera and in Helsingborg’s Symphony Orchestra. He is frequently engaged as a solo player and has been a member of a number of prominent chamber music groups. Since moving to the UK in 2005 he branched out into conducting, composing and teaching music for well-being and runs a number of local groups and orchestras from his base in Lancaster. His compositions have been performed in locations around the world.

If you have an event, that you would like to be featured on our Events Calendar, please visit Free Event Listing.