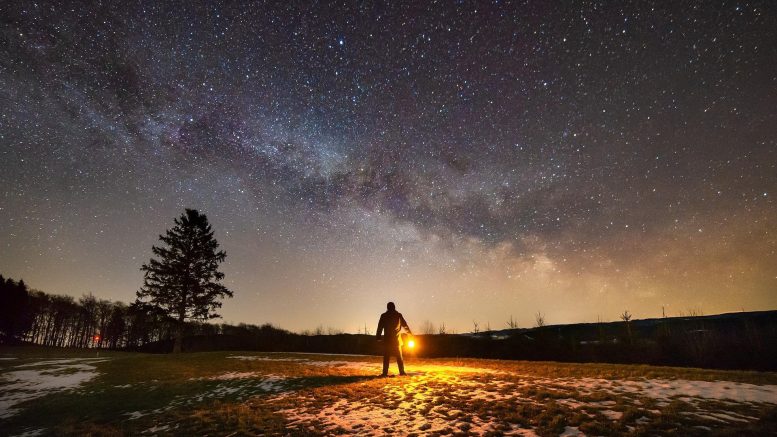 The universe is amazingly complex.

Everything interacts with everything else, especially in biological systems.

Medicines have unexpected side-effects: a human pain-relieving drug kills vultures: disturbing one part of any (eco-)system disturbs other unanticipated elements of the same system.

Is this surprising in a world made by a triune God?

It seems to me that a “monolithic”, unitarian god could never invent such deep, intricate complexity.

Multiple gods, with all too human tensions and disagreements, are too fragmented to cooperate enough to create our universe.

They could not develop the multiple interactions needed in good, effective team work.

Chance (no god) is simply not a viable option.

But a trinity shows complexity within unity. “God is love”

Not just, “God loves”. Love is his being. His character.

The Father loves the Son, the Son loves the Spirit, the Spirit loves both Father and Son individually and together.

It is no surprise that the world is interlinked in so many complex ways.

It bears the hallmark of its creator.

While we may not understand the three-in-one and one-in-three trinity of God, something of God’s handiwork can be seen in our broken world, our families and societies, our own self – despite our attempts to remove him.

And the triune creator God, who is love, extends that love to his complicated creatures, if we let him.

A CASUALTY was taken to hospital following a collision on the M6 near Sedbergh. The Westmorland Gazette | North Lancs…

The universe is amazingly complex. The Westmorland Gazette | North Lancs…

How does Fiat’s retro rival to the Honda e and Mini electric compare on price, specification and performance? Lancaster Guardian…

MEET the newest additions to the South Lakes and Cumbrian community. The Westmorland Gazette | North Lancs…