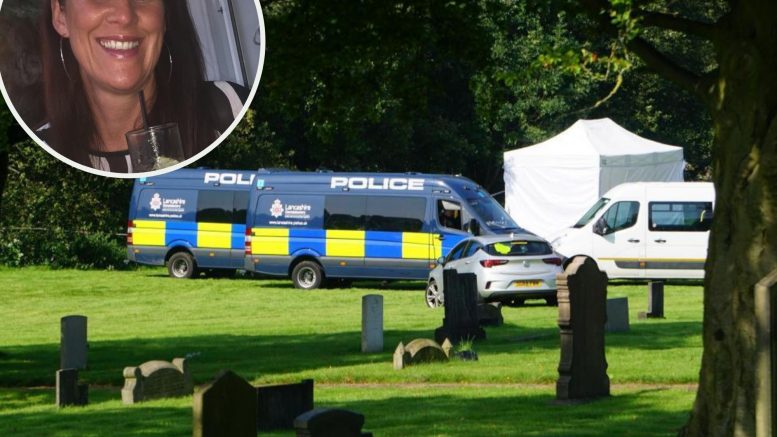 THE jury in the Lindsay Birbeck murder retrial has been told they cannot be certain that the boy in the dock was the person who killed the 47-year-old mother-of-two from Huncoat.

In his closing speech at Preston Crown Court, Mark Fenhalls QC said the jury had to be absolutely ‘sure’ the 17-year-old defendant murdered Mrs Birbeck before burying her body in Accrington Cemetery last August, in order to return a guilty verdict.

The defence counsel said despite the teen admitting he moved her body in a wheelie bin and buried it in a shallow grave in the cemetery, evidence provided by the prosecution could not show with certainty he was the killer.

The defence’s case is that another man killed Mrs Birbeck and offered the boy, who cannot be named for legal reasons, money to dispose of the body.

Mr Fenhalls told the jury: “However improbable it may seem, the evidence takes you to a place where you cannot be sure that he killed her.

“All of his actions are consistent with his guilt on count three (assisting an offender) and the guilt he has entered.

“So thinking about that, the prosecution cannot make you sure he is the killer.

“And as I said to you at the beginning, anything less than sure will not do.”

Mr Fenhalls pointed to the defendant’s statement which was pre-prepared and given to the police during his eighth interview on August 30 last year.

He said the wording was very much a lawyer’s wording and told the jury: “If you were a lawyer sitting around thinking what’s best story I could make up – ‘I just found the body and I thought the best thing to do was bury it in a cemetery’, is the best one.

“Actually saying ‘there is a stranger who offered me money’ makes less sense, it’s more extraordinary and more implausible unless it’s true.

“Because it’s more extraordinary and less plausible you can think it through and know that is what the defendant said.

“The defendant’s account is that he was asked to move the body. Nobody would make that up unless it was true.”

Referring to the time of Mrs Birbeck’s death, Mr Fenhalls said: “What can the prosecution tell you about when she died?

“Mr McLachlan refers to the place ‘where she was likely to be killed’, which he said was the Coppice.

“But ‘likely’ is a supposition isn’t it. Nobody knows.

“Nobody knows why Lindsay Birbeck went out for a walk that afternoon, after going for a run that morning.

“But out she went and somebody killed her.

“Is it really credible that the defendant could have killed her? Because we don’t know where he was between 2.20pm and 6.20pm.”

He said witness Zoe Braithwaite’s description of a lone, suspicious man on the Coppice around the time of Mrs Birbeck’s disappearance didn’t match the defendant.

“That man, 20-25-years-old was certainly some inches taller than her.

“What was that man not? He was not a slight teenage boy. And if Zoe Braithwaite had seen the defendant up there on the Coppice, she would be describing not a man but a 16-year-old slight man who was shorter than her.”

Referring to pathological findings, Mr Fenhalls once more told the jury that the evidence could not be taken as a presumption that Mrs Birbeck was attacked and killed by the defendant.

He said: “The pathology evidence is not consistent with the sort of defensive wounds you might expect if Lindsay Birbeck had been attacked by a stranger.

“Certainly not a boy. And against whom she would have fought vigorously.”

Mr Fenhalls said that if Mrs Birbeck’s body was discovered in Accrington Cemetery, and that had she been attacked on the Coppice, surely there would be evidence of a struggle or evidence of some of her belongings or clothing, which would have been uncovered in a search.

He continued: “You can’t be sure. You can be sure though that from the comprehensive searching that if there had been damage to vegetation or a struggle from a fight, the police would have told you about it.

“If the defendant killed her on the Coppice, why has he made repeated trips up there and why has he not buried her up there?

“Why go back to your own house, collect a wheelie bin, find a way to transport her across the main road and into a public cemetery using plastic from his own house and leaving his gloves?

“That is not the actions of someone who killed her.

“You make think it implausible that he was asked by someone else to move the body.

“But we do not know what went on between Lindsay Birbeck and the person who killed her.

“What we do know is that the defendant’s teachers, of their own accord, thought it would be possible he’d been asked to move Lindsay Birbeck’s body.

“The people who knew him best knew it was possible. They instinctively thought that about him before they knew anything more about that case.

“You can be sure he buried her in that cemetery and that is what he admitted to the police last summer.

“It’s horrendous to think that but he has admitted to that, he admitted to putting her in a bin.

“As terrible and ghastly as that is, he has admitted to that.

“And all the scientific evidence points to his guilt on that count, but none of it points to him being the killer.”

Judge Amanda Justice Yip directed the jury to return to court on Wednesday morning when they will retire and consider their verdict.