Harrogate make the trip to the Mazuma Stadium, sitting 17th in the table but only three points and four places behind the Shrimps. 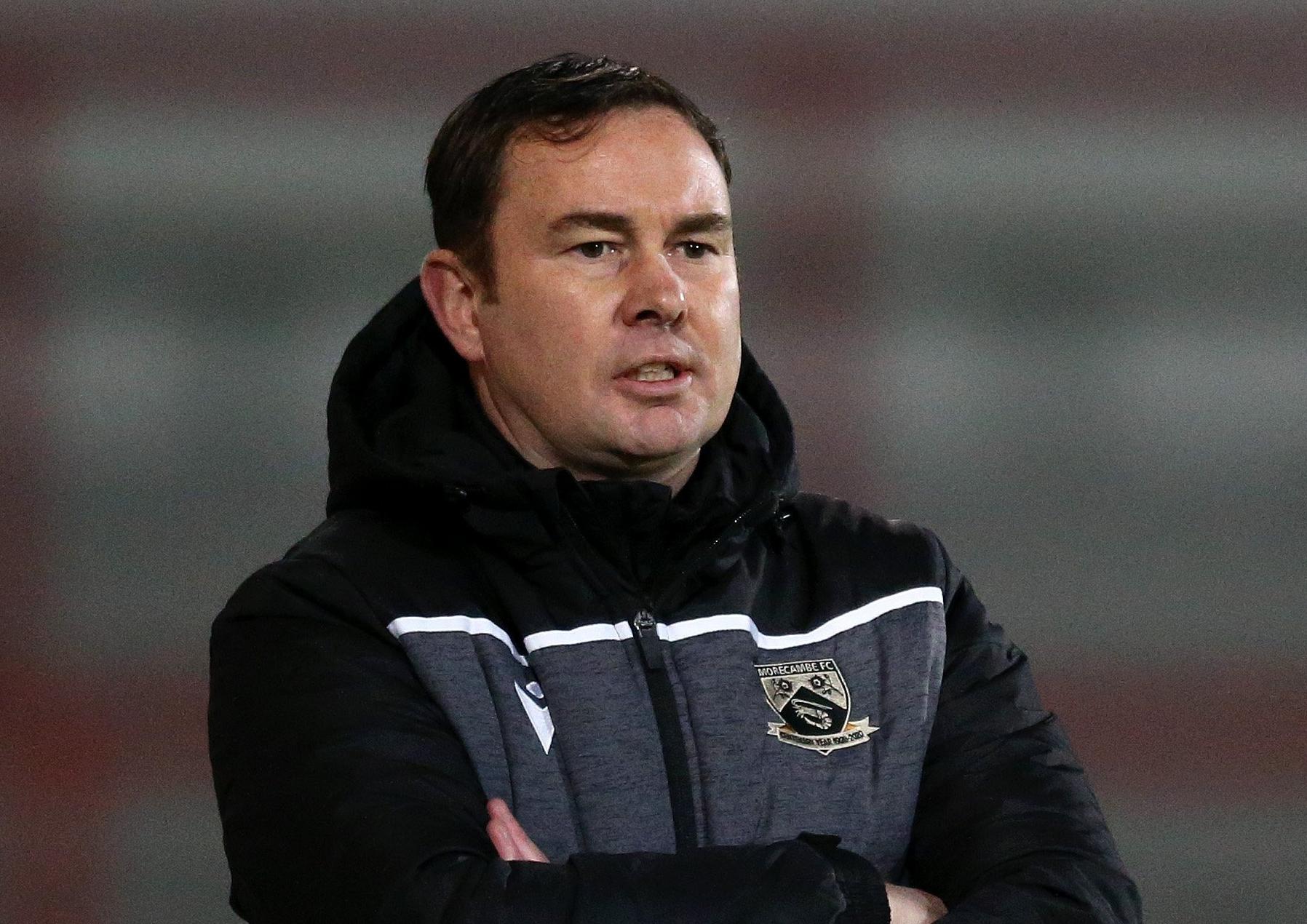 “Like ourselves, they have picked up 13 points away from home,” Adams said.

Jordan Slew misses the next three games through suspension

“They have done well after coming into the league and, like Barrow, they have been very competitive and kept much of the same squad.

While Morecambe’s away form has been good this season, they go into tomorrow’s match having lost only one of their last eight at home.

They are without Stephen Hendrie and Jordan Slew, both of whom are suspended, while Freddie Price (ankle) is also set to be unavailable.

Aaron Wildig (ankle) and Cole Stockton (hamstring) will be monitored, while Liam Gibson is back in training after a facial injury.

Hendrie misses one game after his red card at Newport County AFC, though Slew has a three-match ban for violent conduct after an incident missed by the officials but picked up by TV cameras.

“There was an incident with one of their players who did something to Jordan,” Adams said.

“The camera only shows Jordan’s reaction when he elbows him to the stomach because of what had been done to Jordan.”

Thanks for reading. If you value what we do and are able to support us, a digital subscription is just £1 for your first month. Try us today by clicking here

Morecambe boss links up with a familiar face once again

Morecambe boss: Chelsea FA Cup tie is due reward for everyone at the club