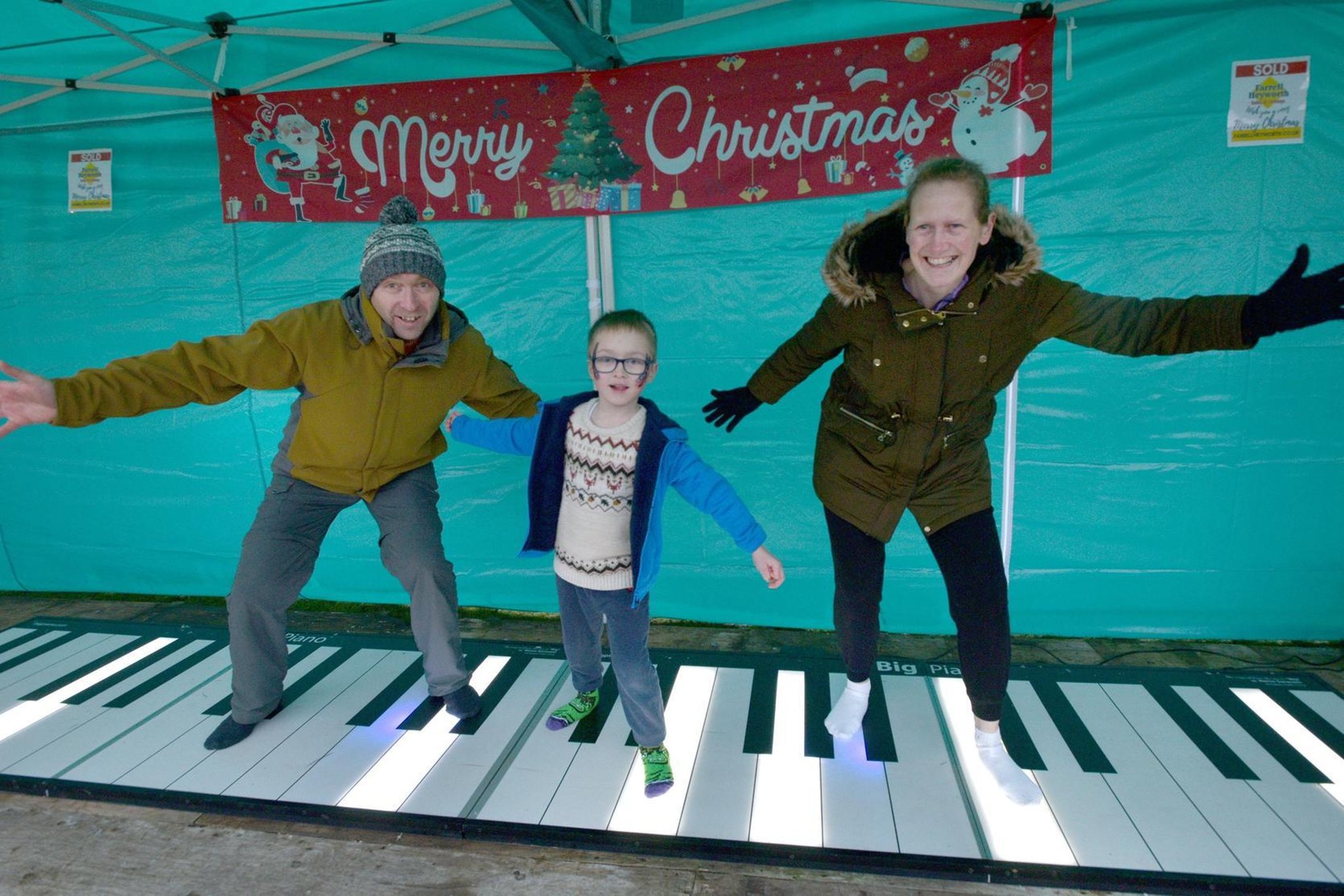 The celebration aimed to bring festive cheer to the community while remembering Reece.

Reece, who passed away in January 2019 at the age of 13 following a battle against brain cancer, loved Christmas, and so his family and Team Reece – the charity he launched before his death – planned a big celebration of the Christmas season.

And as we exclusively revealed recently, the original piano from the Tom Hanks film Big also featured at the event, along with a giant snow globe.

The highlight of the day was a colourful parade of tractors, trucks and other vehicles along the prom, with everyone undeterred by the heavy fog that descended throughout the day!

The winners of the best entries into the parade were announced by seven-year-old Stuart Ryder-Muir on Monday. Stuart has been battling a brain tumour and is one of the many youngsters helped by Team Reece.

Reece’s mum Rachel O’Neil said: “We want to thank the community for turning out on such a cold day. It was quite emotional to see everyone lining the prom from the Headway to the Battery to watch the parade.

“It was a fantastic Christmas event and we will be back next year bigger and better.

“I want to thank everyone who helped and took part and we hope everyone enjoyed it and it brought a bit of festive sparkle to Morecambe.”

This camper van was on show during the parade.

Bailrigg detached four-bedroom character house surrounded by countryside with a small beck running through the garden on the market for £549,950

Can you solve all of these Christmas brain teasers?

12 houseplants to make your home healthier and boost your mood

Blackpool will provide “fun” alternative to trips abroad if they are not allowed this year, says council chief