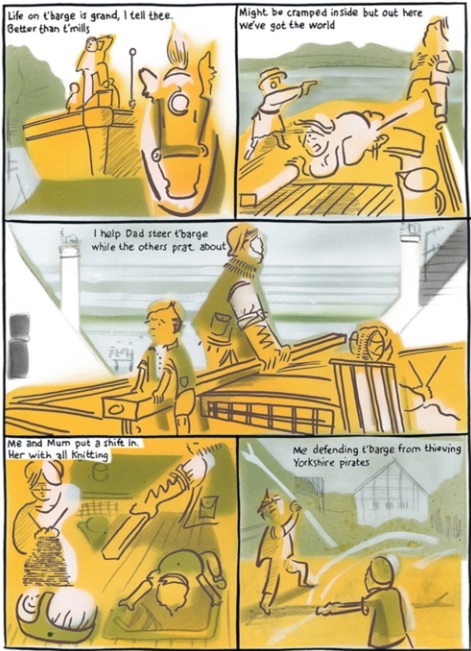 COMIC artwork by Oliver East telling the story of the families that lived and worked on the Lancaster Canal will go on show tomorrow (Friday, October 11, 2019) at Kendal’s Westmorland Shopping Centre.

The Manchester artist will be on hand from 4pm to 5.45pm to talk about his airbrush-and-pen comic strip, The Lanky, which was commissioned by the Lancaster Canal Regeneration Partnership to celebrate the canal’s bicentenary.

Also there will be Carrie House, project officer for the partnership and the Canal and River Trust, to talk about projects on the historic waterway.

The event is part of the 2019 Lakes International Comic Art Festival.