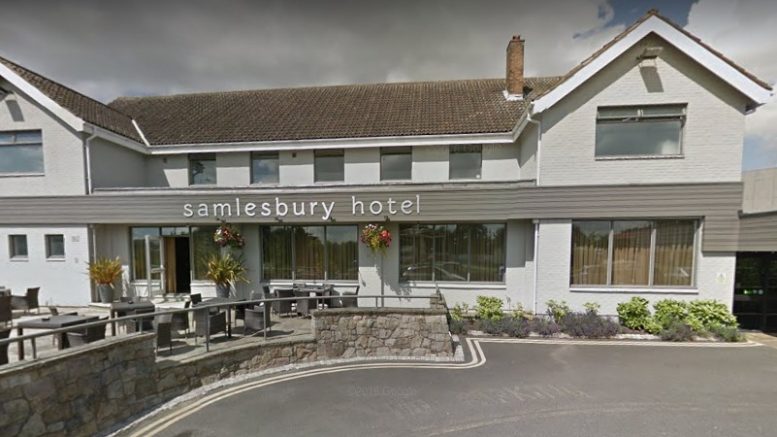 STAFF at a landmark roadside hotel were left with a huge mess to clean up after travellers set up camp on the car park.

The Samlesbury Hotel on the A59 had only recently reopened after the coronavirus pandemic and bosses said they were at a loss of how to deal with the group who have reportedly visited three other hotels in the county.

The group left on Thursday evening but the manager said they left the car park in a state which has now been cleaned up at the hotel’s expense.

The group parked up on the private car park on Wednesday evening and, after calls to both the council and police, general manager Richard Hearn said he was disappointed by the authorities’ inability to help.

Mr Hearn, 33, said: “It’s frustrating as it seems like we are being punished while we’re the ones this is having the negative impact on.

“We’ve been open a week now, it’s not been as it was but it was a good start.

“Things like this that really don’t help,” Mr Hearn added.

After their arrival on Wednesday evening, Mr Hearn called the police who arrived but told him that unless the group committed a crime, there was little that could be done.

The following morning while the Mercure chain hotel was hosting conferences, the group came in wanting to use the hotel’s bathroom facilities, and when Mr Hearn refused he was hit with a barrage of abuse.

He then called South Ribble Council who said not much could be done as it was private land.

“We had environmental neighbourhood operations come out as a liaison to the travelling community but he was saying they are here and they are going to stay until they go,” he said.

Cllr Susan Jones, cabinet member for environment, said: “Our customer services team were contacted on Thursday morning with a report of travellers on the car park at Samlesbury Hotel.

“The hotel was informed that as the travellers were on private land, the council was unable to take any removal action.

“A council officer did however attend the site to complete a site assessment, offer the hotel manager advice on how to move forward and offered to assist in clearing the site once the travellers had left.

“As with all traveller sites, we also left them some black bags for their waste and arranged for a daily waste collection at a specific point on the car park,” Cllr Jones added.

A MAN from Blackburn says he is outraged by Emirates Airline’s failure to refund a payment of more than £1,000 due a flight cancellation. The Westmorland Gazette | North Lancs …

Derek Adams paid tribute to everyone involved with Morecambe after they were handed a trip to Chelsea in the FA Cup third round. Lancaster Guardian…

TRIBUTES have been paid to beloved mother-of-seven, grandmother-of-ten and devoted Blackburn Rovers fan Jackie Rigby who has died at the age of just 52. The Westmorland Gazette | North Lancs …

Lancashire has been home to some of the highest coronavirus infection rates in the country – and while there has been significant progress in bringing the number of cases under control, the government still saw fit to put the whole county in tier three. Lancaster Guardian…

WORKERS striking at the Rolls-Royce plant in Barnoldswick have pressed the government for intervention after the company announced a Christmas lockout. The Westmorland Gazette | North Lancs …