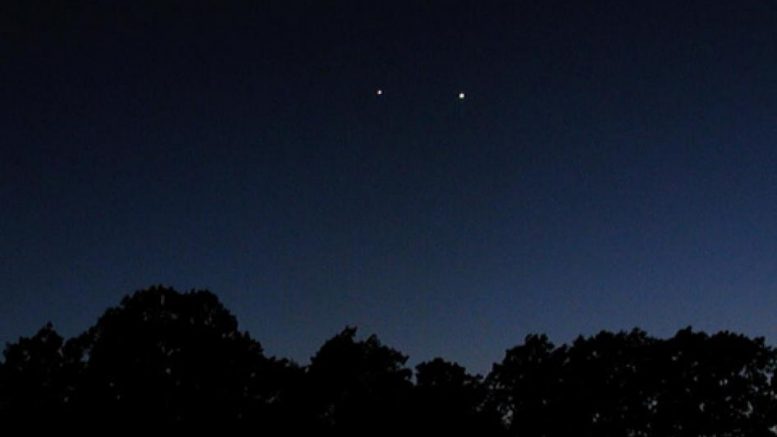 HERE is the weekly Skywatch column from Stuart Atkinson.

There was a lot of fuss made in the media last week about the “historic close approach” of Jupiter, about how it was at its closest and brightest for 50 years etc etc.

Some of that coverage gave the impression that Jupiter was going to whoosh across the sky, and if you didn’t see it go over that was it, tough.

But if you didn’t see Jupiter last week don’t worry, you didn’t miss it.

Regular readers of this column will know that Jupiter has been big and bright in the sky for months, and it will remain visible in the sky until well into the New Year.

To see it on the next clear night just go out as the sky is getting dark, look to the south-east and you’ll see a bright blue-white star low in the sky.

Go out around midnight and you’ll see another bright planet in the sky.

Mars is going to be very close to us and therefore very bright at the start of December, but it already looks like a bright orange “star” to the naked eye.

You’ll see it shining low in the east around midnight, to the left of a V of stars lying on its side and pointing to the right.

This is the Hyades star cluster, and it represents the horns of Taurus, the Bull.

Finally, please keep an eye on the northern sky after dark for the next couple of months.

The Sun is becoming very active, and displays of the aurora, or northern lights, are becoming more frequent, some even visible from our part of the country, or at least areas of it that aren’t ruined by light pollution.

Don’t expect to see the sky ablaze with scarlet searchlights and bright green curtains; look for a greenish arc glowing low in the northern sky, with possible hints of grey-pink beams coming from it.