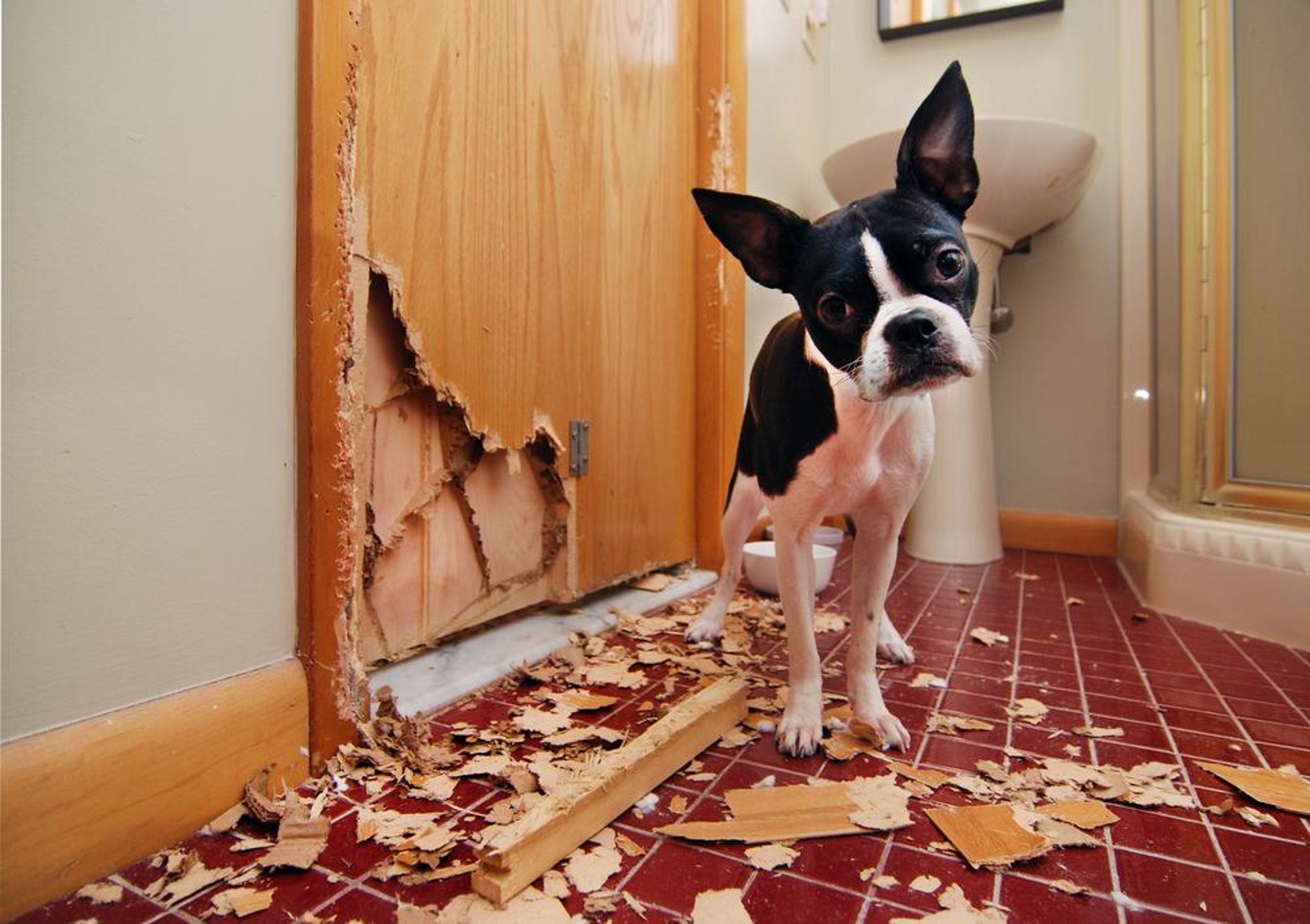 New research from MoneySuperMarket has revealed that the nation’s dogs are costing their owners over £1.7 billion in household damage every year, with carpets, sofas, curtains and beds all victim to naughty four-legged friends.

After polling Britain’s dog owners, the price comparison site also discovered which 10 dog breeds are causing their owners the most damage – and what the average annual damage bill is for each breed.

Please note, the results are based on a survey and do not necessarily represent the behaviour of all dog breeds.

Perhaps because of their huge stature, Weimaraner dogs are rated as one of the most destructive dog breeds that you can own, with an average damage cost of £265 per year – much higher than the average of £164 per dog.

The immensely popular Labradoodle breed is second on the list for damage, with an average cost of £240 per year for unlucky owners.

Though they may look cute, these small lively dogs can also be highly destructive, with an average cost of £233 per year for owners.

Boxers, which require lots of exercise, can be destructive to owners’ homes, with an average damage cost of £222 per year. Carpets often bear the brunt of dog damage, with 20 per cent of owners surveyed reporting damage to theirs.

A full list of candidates standing in the upcoming Borough Council elections has now been published. The Westmorland Gazette | North Lancs …

A care home has had its rating in two specific areas downgraded after a spot inspection by the Care Quality Commission found it had breached a number of safety regulations. The Westmorland Gazette | North Lancs …

Artists from Morecambe have installed more than 15 new pieces of art in a bid to brighten up an area of the prom described as the town’s “biggest blot”. Lancaster Guardian…

Residents in the Ribble Valley have raised concerns about air pollution levels in one of their towns which they claim are being made worse by a cement works. The Westmorland Gazette | North Lancs …