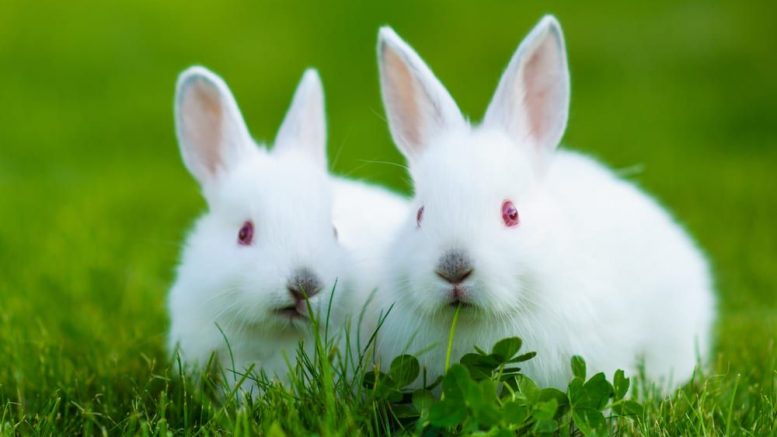 Do you have any traditions to mark the start of a new month? (Photo: Shutterstock)

It’s common to say the phrase “rabbit, rabbit, rabbit” on the first day of each month, but where does this tradition come from?

Here’s what you need to know.

On the first day of each month, it’s a common tradition for people to say “rabbit, rabbit, rabbit” first thing in the morning, before saying anything else.

The phrase is supposed to bring good luck for the rest of the month. Alternatively, you might say the phrase “white rabbits”.

Both phrases are thought to bring luck since rabbits are considered lucky creatures.

For example, in Europe, China, Africa, and North and South America, a rabbit’s foot is considered a token of good luck.

There are a few reasons rabbits are considered lucky, including the animal’s fertility, which is often associated with renewal and new beginnings.

Rabbit’s feet were also marketed as lucky by U.S companies to sell them to consumers in the early 20th century.

Where did the phrase come from?

In an episode of NPR, Martha Barnette, an author who has written books about etymology, explains that the phrase dates back to at least the early 1900s.

She explains that Franklin Delano Roosevelt took part in the “rabbit, rabbit, rabbit” superstition, and he was also known to carry a rabbit’s foot.

In a 1909 issue of the British journal Notes and Queries, a parent observed that some children said “rabbits” on the first of every month for good luck, according to the History Channel.

After this point, references to this superstitious act occurred occasionally.

In 1935, the Nottingham Evening Post reported: “Mr. Roosevelt, the President of the United States, has confessed to a friend that he says, ’Rabbits’ on the first of every month – and, what is more, he would not think of omitting the utterance on any account.”

There doesn’t appear to be any clear answer for where the tradition of saying rabbit rabbit appeared from – but if you forget to say it at the beginning of the first of the month, then worry not.

Barnette explains that if you forget to say rabbit rabbit at the start of the day on the first day of a new month, then there are ways to reverse any bad luck effects you might experience.

Right before you go to bed, you can either say black rabbit, or “tibbar, tibbar”, which is “rabbit, rabbit” backwards.

What are the other ways to mark the start of a new month?

There are plenty of other traditions that people from around the UK take part in when the date rolls over into a new month.

A popular one called “pinch, punch” see’s people giving friends and family a pinch and a punch whilst saying the phrase: “Pinch and a punch, the first of the month.”

There are a variety of theories that try to explain this tradition, with the most popular believing that it started with President George Washington.

Supposedly, on the first day of each new month, Washington would meet with native tribal leaders and gifted them fruit punch with an added pinch of salt, which was then known as “pinch punch on the first of the month”. The tradition has simply evolved from there.

Others believe that this tradition started much longer ago, in medieval times. One theory claims that in medieval Britain, when the likes of witches and other sorcery was still believed in, salt was thought to weaken witches and the saying was supposed to weaken evil beings.

Here’s when eyebrow threading, lash extensions and other facial treatments could resume