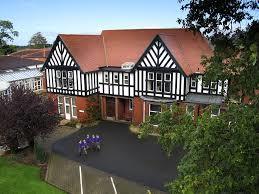 STRIKES are planned today and tomorrow at Blackburn’s fee-paying Westholme School due to a teachers’ union’s claim that they have been threatened with dismissal unless they agree to a new pension scheme.

The issue arose due to the school authority’s claims that the current teacher pension scheme, to which employers contribute 23.68%, is unaffordable and that in order to reduce costs, staff should be given the option to leave the scheme and join a ‘new defined contribution scheme’.

However, the NASUWT union says that the new scheme leaves teachers worse off and claim that staff are being threatened with dismissal if they do not opt out of the old scheme.

NASUWT General Secretary Dr Patrick Roach said: “This is not acceptable, to threaten teachers in this way.

“Pensions are a critical part of a teacher’s total reward package and our members are understandably angry and worried about these unnecessary attacks on their pension.”

However, the school authorities say that they have tried to resolve the matter in a manner amenable to most teachers.

Chairman of governors Brian Marsden said: “We are very disappointed that the matter has escalated to the point of industrial action, despite us making several compromises and looking at different ways forward to resolve the matter.

“Over 70% of those in the TPS have signed up to the new scheme, yet we are disheartened that the remaining few are threatening strike action the week the students return to school, after such an unprecedented year of turmoil.

“We would like to reassure parents that, working with school leadership, we are doing everything we can to minimise any disruption to their children’s education.”

In a letter to parents, principal Lynne Horner said: “This is clearly hugely disappointing, and I appreciate will be a worry for parents, especially after recent months out of school.

“Previously, I wrote to you explaining that members of the NASUWT had voted to strike, but disruption to school was averted through ongoing dialogue between governors, staff and unions.

“The governors have now reached the limit of what the school can afford as a compromise, there is no prospect of meeting NASUWT’s demands to maintain full pension contributions and funding the costs through redundancies, which would adversely impact the school operationally and its ability to deliver education to the excellent standards we expect.”

Westholme charges fees of up to £3,900 per term and as a private institution does not receive government funding.

As such it says that it cannot afford to pay employer contributions at the new rate, which would amount to an extra £200,000 per annum, without severely inflating fees.

However NASUWT national officer Russ Walters said: “What I would say to parents is that the school are saying they can’t afford to pay the pension scheme at the current rate and yet their finances are shown on Companies House as having £9million unrestricted reserves.”

He added: “If you want to run a restaurant you need to pay the chefs and a school should be no different.”

In the letter sent home on Friday, Ms Horner said: “I fully understand that this is a very difficult situation for all concerned, if your child is of an appropriate age, please discuss this with them over the weekend so they have an understanding of the situation.

“I will be in contact with you again to keep you informed in due course.”

Lessons will continue as normal, however further strikes are planned through September.